During the academic year 2017/18, the University of Economics, Prague (VŠE) has continued doing its various successful projects. At the same time new partnerships with universities abroad were established and VŠE or its faculties placed in several international rankings. It has strengthened its name in the international academic environment. Moreover, VŠE has made another important step to getting AACSB International accreditation.

Tomáš Zouhar has become a new bursar and Ludmila Štěrbová became the new Vice-Rector for strategy in spring 2018.

The ranking, issued by the Financial Times, placed the Faculty of Business Administration on 86th place, two places better than the year before.

VŠE succeeded as well in the special international Business Masters Ranking, focusing on the finance, management and business analytics branches. The masters study programmes of the Faculty of Finance and Accounting and the Faculty of Business Administration are among the best in the world.

The Faculty of International Relations successfully defended its international accreditation, EPAS, for two masters degree programmes. This time for the maximum period of 5 years.

The winner of the National Czech Republic Award for Social Responsibility and Sustainable Development 2017 was the Faculty of Business Administration.

VŠE continued in its successful internationalization. That is confirmed by the number of students and teachers outcoming in 2017. 1067 students and teachers stayed in 50 countries worldwide, with the majority of them visiting France (105), the USA (83), Austria (64) and Germany (136). VŠE welcomed incoming students too, mostly from the USA (431), France (97), Germany (79) and Canada (70).

Scientific Research Activities and Cooperation with the Professional Sector

VSE has been involved in research projects and grants as well as having played a supporting role in the publication activities of its academics and students. Moreover, VŠE itself publishes many scientific journals. Two of these journals, Politická Ekonomie and Prague Economics Papers, are well respected journals with a significant increase in their impact factors.

Moreover, the companies (over 120) have a chance of presenting themselves at the VŠE job fair, called Šance, which is organized by the Development and Counselling Centre. Experts from these companies are also involved in teaching courses at VŠE.

xPORT, a start up accelerator, helps VŠE students and graduates to start their own business. xPORT also organizes some events for students and the public, e.g. Data Festival or Startup Festival.

There are 43 student organizations which participate in social life at VŠE. These organizations bring together students with the same interests in one of the fields of economy, or in cultural or sports activities. VŠE also organizes the “Rector´s Sports Day” in April. Students who are talented in sports represent VŠE at such sports events as the Hockey Battle, University Eights, or volleyball tournaments.

Among VŠE’s most successful social events was the VŠE Representative Ball, which took place in November, 2017. During this ball, the winners of the “VŠE’s Got Talent” competition, and the best sportsmen at VŠE were announced. In spring 2018, the VŠE Band Contest took place.

Alumni Day with VŠE also took place in November 2017. The Alumni Wednesdays project was also held at VŠE for the fourth year. 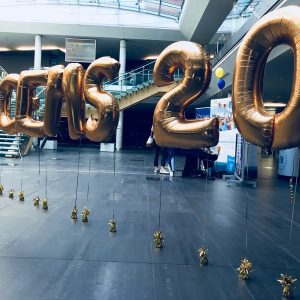 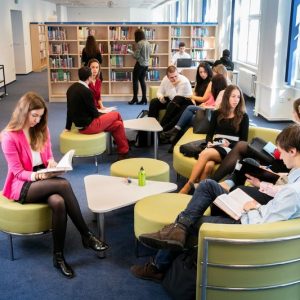 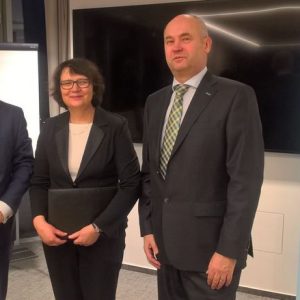 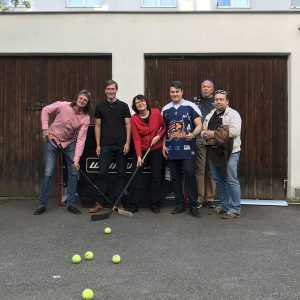 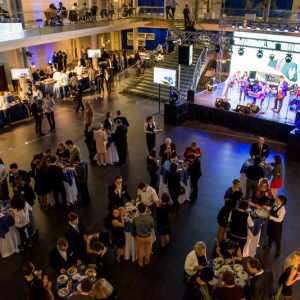