The event is annually organized by one of the four official student organizations at the Faculty of International Relations – Model United Nations Prague; this year’s edition hosted over 200 participants from more than 15 countries, amongst which Saudi Arabia, Indonesia, Turkey, Mexico, Slovenia, France, Switzerland etc. would be found. The official language of the conference was English.

The concept of Model United Nations is well known around the world, especially for students of international relations, diplomacy, and political sciences. It is a simulation of a decision-making process of the United Nations, where every participant plays a role of a delegate of a particular assigned state and tries to promote its official interests and stances. Together delegates discuss topical issues of the modern world and strive for a compromise in a form of an official document called “resolution”

The simulated 7 committees were: African Union, UN Environment Programme, World Food Program, Disarmament and International Security (DISEC), UN Office on Drugs and Crime, NATO, and UN Security Council. The topics that were debated on are, for instance, overpopulation and its impacts on the environment, food security, prevention of an arms race, money laundering and financing terrorism, militarization of Arctic, or the Kurdish issue in Iraq.

PragueMUN is the biggest conference of its kind in Prague and already has its long-lasting reputation and traditions. This year’s edition was revolving around the topic “RE-vision for the fair future”. In support of this idea, the organizers, for instance, fully refused to use disposable plastic bottles with water during the conference, and therefore launched “Bring Your Own Bottle” campaign asking participants to act in an eco-friendly and sustainable manner.

Thanks to support of the City of Prague, the closing ceremony was held in a hall of Prague City Hall and became a perfect final accord of the event.

Overall, PragueMUN 2019 turned to be one of the most successful editions and received plenty of positive feedbacks. This is, undoubtedly, the biggest possible reward the organizing team could get! 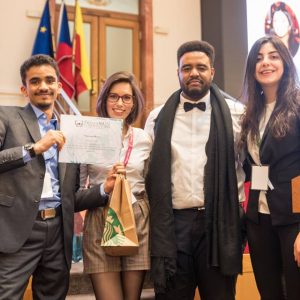 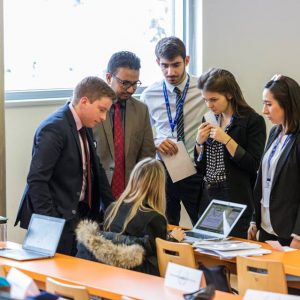 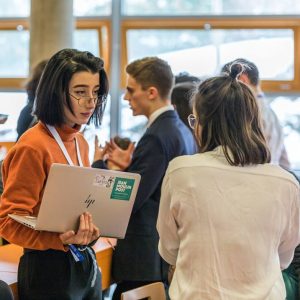 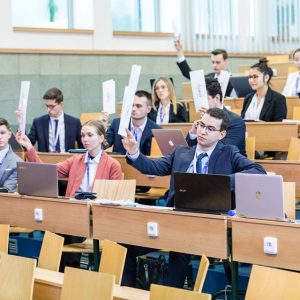 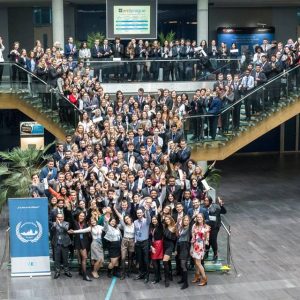