Jean Tirole, a French professor of economics, received an honorary doctorate from the Prague University of Economics and Business. In 2014, he was awarded the Sveriges Riksbank´s Prize in Economic Sciences in Memory of Alfred Nobel, the Nobel Prize in Economics for his analysis of market power and regulation. Professor Tirole is only the third Frenchman in history to succeed in strong international competition and win this award.

The Scientific Board of the Prague University of Economics and Business (VŠE) decided to award the honorary title “Doctor Oeconomiae Honoris Causa” to Professor Tirole, on the proposal of the Scientific Board of the Faculty of International Relations. The awarding of the honorary doctorate took place in the Vencovský auditorium of VŠE in the presence of rectors of Czech universities and other representatives of the academic community. Among the guests were also ambassadors, representatives of the professional community and, last but not least, students. During the ceremony, Prof. Tirole gave a lecture on The Economics of the common good, meritocracy and social justice.

Jean Tirole is one of the most respected and influential economists today. In 2007, he was awarded a gold medal by the French Academy of Sciences and was only the second economist to receive this prestigious award. Abroad, for example, he received an award from the Berkeley Mathematics Institute and the Chicago Mercantile Exchange for research in finance. Since 2015, he is the so-called Foreign Associate of the United States Academy of Sciences. Today, Professor Jean Tirole is the Honorary President of the JJ Laffont-Toulouse Foundation at the School of Economics (TSE) and the Scientific Director of the TSE-Partnership Research Institute. He is a visiting professor at the Massachusetts Institute of Technology (MIT). He has published more than two hundred articles in top international journals and is the author of twelve monographs. In 2010, the French government awarded him the National Order of Merit, and in 2015 he was awarded the highest French state award by the President of the Republic, the National Order of the Legion of Honour.

“Professor Tirole is an extraordinary person of global significance in the field of economics. He has made a significant contribution to the development of knowledge in various areas of economics, influencing future generations of researchers. It was a great honour for the Faculty of International Relations to nominate the Professor for an honorary doctorate and then meet him in person at a ceremonial meeting of the Scientific Board of the Prague University of Economics and Business,” said Josef Taušer, Dean of the Faculty of International Relations.

“I am honoured by this award for my work and I very much appreciate the fact that I was awarded an honorary doctorate by the Prague University of Economics and Business,” said Professor Tirole at the beginning of his lecture.

The Prague University of Economics and Business is awarding an honorary doctorate to particularly important representatives of Czech and world science and practice, especially economics. In the past, a number of important Czech and foreign economists, such as Nobel Prize winners Robert A. Mundell, Milton Friedman, Gary S. Becker and Richard Thaler, took over the honorary title of “Doctor Oeconomiae Honoris Causa”. 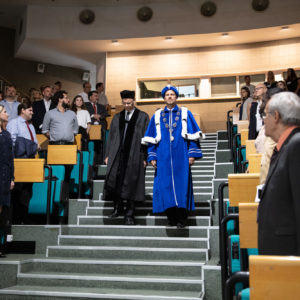 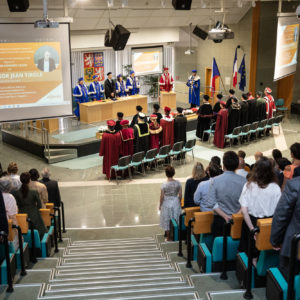 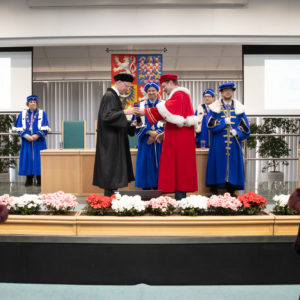 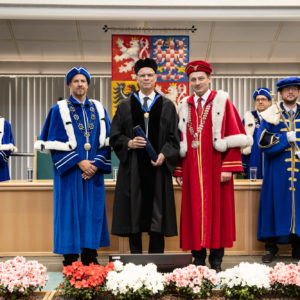 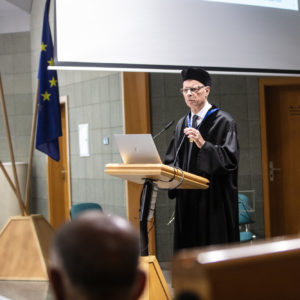 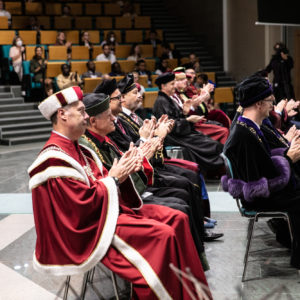 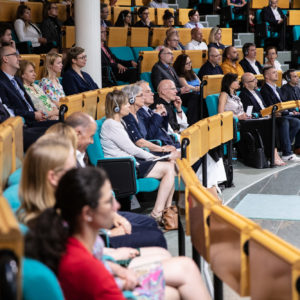 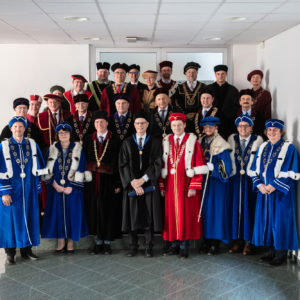 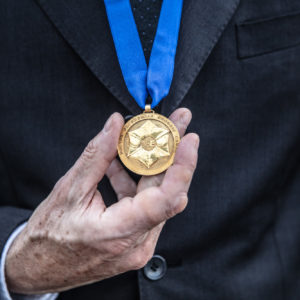 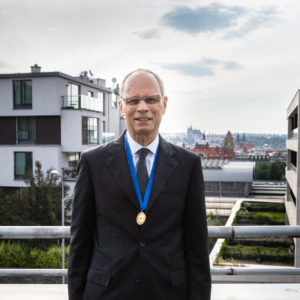